In multiple clinical trials, the BrainsWay Deep TMS (dTMS) device demonstrated clinical efficacy in the treatment of MDD and OCD in patients who have previously failed to respond or have partial responses to medications or other traditional treatment options.  dTMS may also be a good option for individuals who do not want to take certain medications or have a history of adverse reactions to them.  However, if you are taking an antidepressant with partial response you can add TMS treatment with the goal of achieving remission.

Deep TMS has also been shown to offer symptomatic relief in cases of Major Depressive Disorder with anxiety using an alternative off-label protocol. 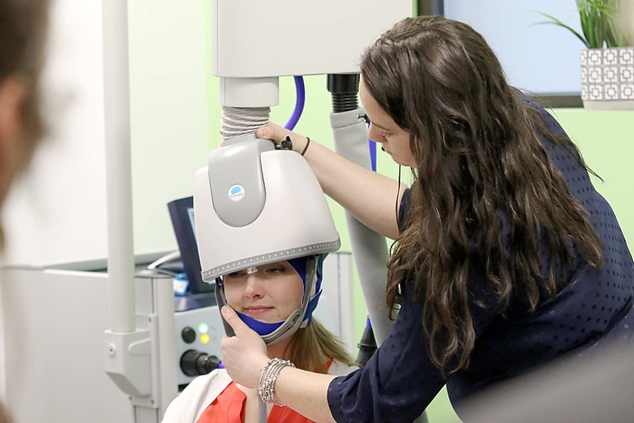 How does dTMS Work?

Deep Transcranial Magnetic Stimulation (dTMS) is a cutting-edge treatment that involves using electromagnetic pulses, much like an MRI, to generate a targeted magnetic field in the brain, activating neural circuits in the region of the brain associated with mood control.  The goal of TMS therapy is to restore effective communication among different brain circuits allowing you to feel more in control of regulating your feelings, thoughts and actions, which results in a reduction of depressive symptoms.

What can a patient expect after a TMS session?

After a Deep TMS treatment session, there is no downtime, and you will be able to immediately return to your normal routine without any restrictions.  Since anesthesia is not needed for Deep TMS, you will also be able to drive to and from your treatments.  The majority of patients do not experience side effects, but some patients may feel tired or experience headaches.

The results from Deep TMS treatment can vary, but most people notice an improvement of symptoms between the third and fourth week of treatment.  It has been clinically established that most of the patients who have improvement with TMS are able to maintain their results for at least a year.  There are currently no controlled studies of benefits after a year.  Some patients may consider subsequent treatments.

How do I know if I am a good candidate for TMS?

Beaches TMS & Brain Health conducts a comprehensive evaluation to determine if TMS therapy is right for you. There are some situations in which TMS therapy is not appropriate, including if you have:

If TMS is not right for you, we also offer  esketamine/ Spravato treatments as an alternative therapy for treatment resistant depression.

What can a patient expect during treatment?

During the procedure, a helmet is fitted over the patient’s head before sending magnetic pulses to targeted areas of the brain.

During the first session, the patient will be seated in a chair and will be given earplugs to protect their hearing.  Our psychiatrist, Dr. Galliano-Pardo, will personally oversee our treatment team while the brain mapping and motor threshold determination are performed.  As a part of this process, we find the best treatment location for each patient.  During the first session, treatment dosage, or intensity, will also be determined.  Once the treatment location and dosage are verified, patients are ready to begin their treatments.  Patients will experience a tapping sensation on their scalp during the treatment.

During subsequent sessions, patients will relax comfortably and have the option to enjoy watching their favorite TV Shows or Movies.  Unilateral treatments can be completed in as little as 20 minutes.

Each patient in treatment will be closely monitored and a system operator will always be available for any questions during treatment.  After your treatment, you may immediately return to your normal routine.

Each patient will receive a treatment plan unique to their own needs.  Patients can expect to come in for treatment 5 days a week for 4 to 6 weeks, followed by a tapering schedule until the total number of treatments are completed, usually 44 sessions.

What side effects can a patient experience with TMS treatments?

While most people do not experience side effects, some do.  You may feel some pain or discomfort at or near the treatment area, feel tired, or have headaches after the sessions.  When side effects occur, they are usually temporary, and typically occur only during the first couple of weeks of treatment.  There is a risk of seizure of less than 0.1% while you are receiving the treatment at the office.  In most cases, patients will not need to take time off from school or work. 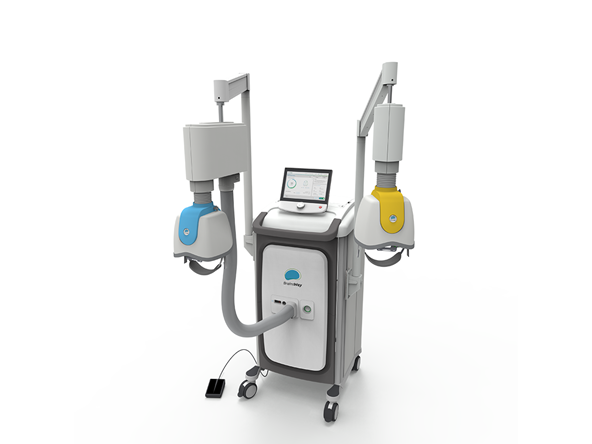 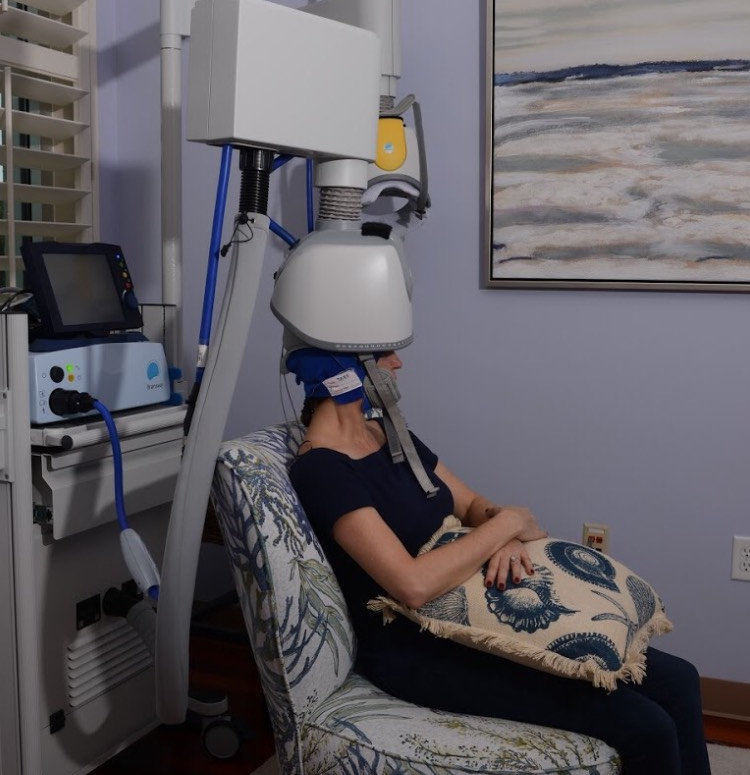 What is Deep TMS?

Is the procedure safe?
Deep TMS has been proven to be safe and generally well tolerated.  The treatment does not cause any systemic side effects, which are the effects generated by for example medications entering the bloodstream and circulating throughout the body, such as insomnia, weight gain and sexual dysfunction.  Deep TMS therapy should not be used if the patient has metal implants in or around the head (except for standard amalgam dental fillings).
When can I get back to work?
With deep TMS there is no down time. You can return to your normal routine right after each session.
Does insurance cover TMS treatment?
All major healthcare insurance companies and Medicare cover TMS for Treatment Resistant Depression under their own criteria of medical necessity and some will need preauthorization.  Most insurances require the failed trials of several antidepressants and prior psychotherapy treatment.
How does deep TMS therapy work?
Deep TMS uses repetitive pulses of magnetic fields to stimulate the area of the brain that is thought to function abnormally in patients with depression, the Left Dorsolateral Prefrontal Cortex (LDPC).
Will this work?

TMS, when utilized for major depressive disorder has a good chance to work for you.  Results in clinical settings demonstrated that about 75% of patients have had a response (a response is a reduction in symptoms of at least 50%) to TMS and about 50% of patients have gone into full remission of their depressive symptoms.  There are always some individuals that TMS will not work for.

Is deep TMS Therapy a good alternative for patients who cannot tolerate the side effects associated with medications?
Deep TMS Therapy is non-systemic (does not circulate in the blood throughout the body), so it does not have the typical side effects caused by medications.  The most common side effects reported during clinical trials were mild headaches and jaw pain, occurring less frequently after the first week of treatment.
How long does the effect of Transcranial Magnetic Stimulation last for?
Roughly two out of three patients will maintain their response, or remission, for 6-12 months after their TMS treatments.  About one third could see a return of depressive symptoms 6-12 months after TMS.
What is the indication to repeat TMS?
If you had a positive response to TMS but over the course of months or years your symptoms return, you can repeat the course of TMS treatments.  The chance of response with the second round of TMS therapy of treatment is particularly good, roughly 78% to 84%.
What is maintenance TMS?

Some patients may benefit from maintenance TMS therapy after completion of their full course of treatments.  It could keep patients from relapsing again.  At this time, maintenance TMS is considered an off label indication and is not covered by health insurances.

Deep TMS therapy has grown in popularity due to the high degree of effectiveness. Deep TMS is also an option for individuals who suffer from Major Depression and do not wish to take medications.

We offer safe and effective treatments for Major Depressive Disorder and other indications.